LISTEN TO THE LATEST PODCAST EPISODE:

Pilar from The Full Montessori has been kind enough to share her on going experiences with her son Zach and his floor bed as well as to put all of it in terms of Montessori philosophy. Enjoy the read and comments are more then welcome. This week, Zach came to the exciting realization that he could transport himself across a room.  Using a combination of army crawling, slithering, and rolling, he covers the span of his bedroom in mere seconds.  His new-found ability has made me appreciate the genius of the floor bed even more, but it has also reminded me that nature is in charge here, not me.

Yesterday we had to go to L.A. for the first half of the day, so poor Zach basically spent 5 hours in a car seat (mostly asleep).  Needless to say, by his 7pm bedtime he was just not tired.  I tried to put him to bed as usual to see if he would get sleepy, but instead he threw a fit.  After I tried to calm him down a couple of times, my husband decided to go hang out with him.  He didn’t really interact with him or even turn on the light in his room; he just laid down by Zach’s bed and observed him.  This calmed Zach and he decided that he wanted to go exploring for a while.  He wriggled off his bed and made his way across the room; for almost an hour he babbled to himself while happily investigating the contents of his cubbies.

I observed all this from the hallway and when I saw that he began to show indications of being tired (rubbing his eyes and yawning), we told him it was time to sleep, put him back on his floor bed, and left the room.  He didn’t utter a peep and slept through the night.

Today, he went to the pool with my husband and came back an hour after the “official” start of his nap time (he’s usually up for two hours before needing a nap).  I fed him lunch and put him in bed, but since he was over-tired he became hyperactive and didn’t want to sleep.  I heard him rolling around in his room and pulling out his toys.  He played for about 30 minutes on his own, and then another 10 with me when I went into his room to see if he was getting tired.  I eventually noticed signs of sleepiness, so I changed his diaper and put him back onto his bed.  He again fell asleep without a single complaint.

On a floor bed, the baby decides when he’s good and ready to take a nap, but this might not be on the parents’ schedule.  The floor bed allows the baby to satisfy his need for independence, freedom of movement, and the development of the will – three essential pillars of the Montessori philosophy.  Let’s see what Dr. Montessori has to say on these topics in The Absorbent Mind (note how all three concepts inter-relate and consider how they apply to the floor bed) :

She points out why it’s essential to respect the child’s quest for independence:

“In nature’s language, the word ‘create‘ does not just mean, ‘make something‘; it means that what has been made must also be allowed to function. It follows that the child can only develop fully by means of experience on his environment. The child who has extended his independence by acquiring new powers, can only develop normally if left free to exert those powers.  The child develops by the exercise of that independence which he has gained. If, therefore, what we mean by education is to help the child’s developing life, we can only rejoice each time he shows us that he has reached a new level of independence.  So, the first thing his education demands is the provision of an environment in which he can develop the powers given to him by nature.  His impulses are so energetic that our usual response is to check them.  But, in doing this, we are not really checking the child but nature herself, for the child’s will is in tune with hers, and he is obeying her laws one by one.”

She goes on to discuss the role of movement in mental development:

“One of the greatest mistakes of our day is to think of movement by itself, as something apart from the higher functions.  When mental development is under discussion, there are many who say, ‘How does movement come into it?  We are talking about the mind.’  And when we think of intellectual activity, we always imagine people sitting still, motionless.  But mental development must be connected with movement and be dependent on it.  Movement has great importance in mental development itself, provided that the action which occurs is connected with the mental activity going on.  Watching a child makes it obvious that the development of his mind comes about through his movements.  The muscles directed by the brain are called voluntary muscles, meaning that they are under the control of the will, and will power is one of the highest expressions of the mind.”

She then addresses the concept of the will:

“In the little child’s life, as soon as he makes an action deliberately, of his own accord, [the evolutionary force of life] has begun to enter into his consciousness.  What we call his will has begun to develop, and this process continues henceforward, but only as a result of experience.  Hence, we are beginning to think of the will not as something inborn, but as something which has to be developed and, because it is a part of nature, this development can only occur in obedience to natural laws.  Under proper conditions, the will is a force that impels activities beneficial to life.  Nature imposes on the child the task of growing up, and his will leads him to make progress and to develop his powers.  Conscious will is a power which develops with use and activity.  Its development is a slow process that evolves through a continuous activity in relationship with the environment.”

In a nutshell, the floor bed helps the child independently move at will.

Isn’t it amazing to think that a simple mattress on the floor can be such a POWERFUL tool for supporting a child’s development? 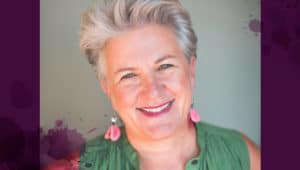 Taking care of ourselves during the holidays is of utmost importance, especially as we all deal with a planetary public health crisis.

Hey there! Happy to be back after a longer than planned break, full of transitions and healing. I wanted to take the 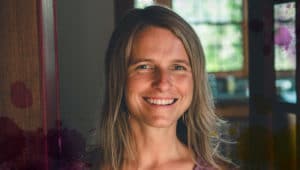 Beth helps us unpack the cultural roadblocks to finding our worth as women but most particularly as mothers. She recently released Motherwhelmed